Ready for the New Year! 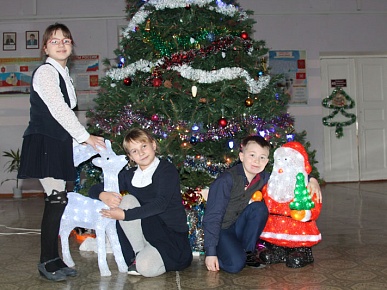 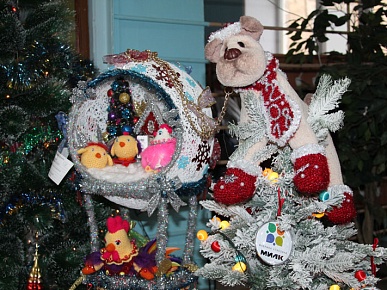 A new artificial fir tree covered with snow, glowing figures of the Father Frost and a young reindeer, lighting ball chains – the Packaging Factory MILK has contributed to the festive atmosphere in Evgeniy Volkov’s school in the Tula Barsuki settlement. The money sponsored was enough to decorate two floors in the educational establishment.

Finding money for the New Year festive – is an annual concern for the school authorities. That’s why sponsorship from our company came as a load off the pedagogical staff’s mind. The pupils themselves, however, made a weighty contribution to decorating halls. In the school’s creative workshop, they made a friendly holiday dog- the symbol of the coming year, a hen house with lurex gleaming chicken and chicks, a gigantic snowman made of plastic cups, miniatures of snow covered church yards waiting for the Christmas. Crafts are made using various techniques; the skills of the young girl-artists led by an experienced master could arouse due envy in knitters with high experience. Works made by this school’s pupils often win the first prize at city competitions, and now the entire school in the Barsuki settlement has become awarded with a title “The Most Decorated Child Care Centre”. Just a little more decorative balls from the Sponsor on the fir tree, and the New Year is here!